Delta Force Paintball is pleased to announce new legislation passed today by the NSW State Government including the reduction of the paintball minimum age. NSW Paintball industry reform has been approved by parliament with new standards and regulations to come into effect at a date to be released shortly. The Australasian Paintball Association (AUPBA), along with key paintball industry stakeholders, have worked towards these amendments for the last 10 years and we are excited to play our part in ushering in a new era for the sport.

Changes include the much-anticipated reduction in the paintball minimum age in NSW from 16 years down to 12 years. This brings NSW more in line with the majority of the world with the US, UK, New Zealand, Europe and Canada all having an age limit of 10 years; and other Australian states like South Australia (10 years) and Western Australia (12 years). Families will now have a fun and inclusive activity to enjoy together in the great outdoors. Bonding, adrenaline, team work and physical activity all rolled into one action-packed and exciting session. 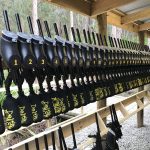 The key points from this Cabinet approval include:

We will keep you updated on the imminent announcement of the date this legislation will come into effect which we expect to be on 1 July 2019.